Action 10 of the New Consumer Agenda states the Commission plans to prepare a proposal for the revision of the
Consumer Credit Directive (as well as the Distance Marketing of Financial Services Directive) to reinforce consumer
protection in the context of the digitalisation of retail financial services.
The 2008 Consumer Credit Directive aims to provide a high level of consumer protection while fostering the internal market for consumer credits. It ensures clear and understandable information on credits, gives consumers the right to withdraw from the credit and pay it back early, and sets out rules on the assessment of consumer creditworthiness. Overall, the Directive has delivered good results and protected consumers in this sensitive area. However, a recent evaluation of the Directive showed that in several areas it needs to be modernised, notably in terms of scope, information provision and creditworthiness assessment.
On 30 June 2021, the Commission adopted a new proposal for a Directive on consumer credits repealing and replacing the Consumer Credit Directive. In line with the original Directive, the general goals of the new proposal are to reduce the detriment of consumers taking out loans in a changing market and to facilitate cross-border provision of consumer credit and the competitiveness of the internal market.
The Commission proposal for a Directive on consumer credits aims at modernising the EU legislation on consumer credit to respond to challenges brought by digitalisation and to take into account the impact of COVID-19 on the credit market and on consumers, including vulnerable ones.

In particular:
 it extends the scope of application of the Directive to cover new potentially risky products (such as small amount high cost loans) and new actors like peer-to-peer lending platforms;
 it improves information disclosure especially on digital channels;
 it tackles practices exploiting consumer behaviour such as pre-ticked boxes or the provision of unsolicited credit;
 it strengthens responsible lending requirements through a more precise approach in creditworthiness assessments;
 and it introduces new provisions to help preventing or remedying over-indebtedness, such as financial education and debt advisory services.
The co-legislators are now analysing the new proposal.

Next steps:
– The Council Working Party on Consumer Protection and Information started analysing the new proposal in the summer. The Slovenian Presidency completed the first reading of the proposal and presented a progress report on the file in the Competitiveness Council (25 November 2021). A general approach should be reached under French Presidency, with trilogues to start after that.
– The Parliament is starting its work on the proposal under the lead of the Committee on the Internal Market and Consumer Protection. The first exchange of views in the Committee took place on 27 October, and the discussions will further advance in the coming months. 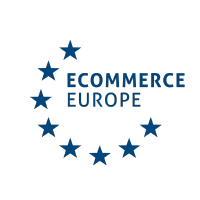